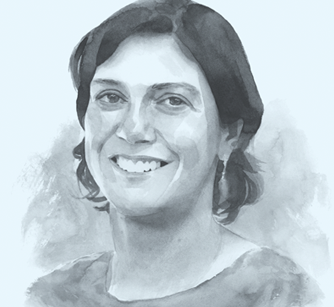 An individual’s ability to meet his most basic needs of food, shelter and warmth
are inherently linked with the concept of dignity.

What Article 1 means to me Alison Pickup, ASAP

ASAP helps asylum seekers in the UK to access their limited legal rights to food and shelter, known as ‘asylum support’.

Nearly 20 years ago, regulations were introduced which would have taken the entitlement to any benefits away from asylum seekers who were pursuing their (relatively recent) statutory rights of appeal against the refusal of refugee status.

When the lawfulness of these regulations was challenged in Court, the judge observed that the Regulations: ‘… for some genuine asylum seekers at least must now be regarded as rendering these rights [of appeal] nugatory. Either that, or the Regulations necessarily contemplate for some a life so destitute that to my mind no civilised nation can tolerate it. So basic are the human rights here at issue that it cannot be necessary to resort to the European Convention on Human Rights to take note of their violation.’

‘Nearly 200 years ago Lord Ellenborough C.J. in Reg. v. Inhabitants of Eastbourne (1803) 4 East 103, 107 said: ‘As to there being no obligation for maintaining poor foreigners before the statutes ascertaining the different methods of acquiring settlements, the law of humanity, which is anterior to all positive laws, obliges us to afford them relief, to save them from starving...’

The right to human dignity, given expression in Article 1 of both the UDHR and of the EU Charter of Fundamental Rights, seems to me to be the embodiment of that law of humanity. An individual’s ability to meet his most basic needs for food, shelter and warmth are inherently linked with the concept of dignity – a link that is made express in the EU Reception Directive which ‘seeks to ensure full respect for human dignity’ by requiring Member States to ensure asylum seekers receive accommodation and adequate support to meet their subsistence needs.

When those needs are denied on the basis of the assessment by a civil servant in an office, often with very little evidence (how do you prove that you have nothing?), dignity demands that the asylum seeker confronting the choice between returning to persecution or staying in destitution should be able to appeal to an independent and impartial tribunal. And dignity requires that if he needs it, he should be able to receive competent legal advice and representation to enable him to present his case for support to the best of his ability.

For more than 10 years, ASAP’s volunteers have filled that role, giving asylum seekers in often the most desperate circumstances, compounded by other vulnerabilities such as the effects of trauma, pregnancy or physical illness, dignity in securing their legal rights to food and shelter.

Alison Pickup is chair of the Asylum Support Appeals Project (ASAP) and a barrister at Doughty Street Chambers.