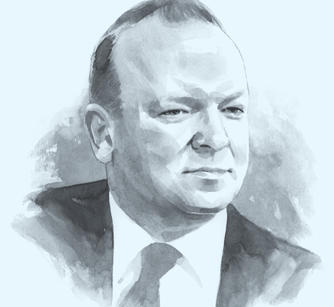 Article 1:
An affirmation of the human condition.

What Article 1 means to me Jonathan Cooper, OBE

As a human rights barrister and adviser, I spend much of my professional life challenging this discriminatory legislation. I believe that such laws amount to a breach of not only Article 1 of the Universal Declaration of Human Rights (UDHR) but also the entire document, which is imbued with the concepts of antidiscrimination, equality and dignity.

The Declaration recognises that each human being – whoever they are, whatever their background – has the same rights as all other human beings. So a gay, lesbian, transgender or bisexual person shouldn’t be treated less favourably than someone who’s straight or cisgender – regardless of the cultural values of the society in which they live. What happens to LGBT people in places with these criminal laws is that their dignity is taken away from them – in a similar way to how the Jews, Roma and other persecuted groups were stripped of their dignity in Europe in the 1930s and 40s.

When those atrocities became public, we didn’t have the language to describe what we now understand as gross breaches of human rights. But in the aftermath of the Second World War, it was Eleanor Roosevelt who, as chair of the UN Human Rights Commission, was instrumental in getting the UN to adopt the UDHR. Without her efforts, we wouldn’t now have an enforceable body of human rights law or today’s increasing culture of tolerance and diversity. And that, I think, makes Eleanor perhaps more important than her wartime-president husband, Franklin, in the history of the 20th century.

Of course, responsibility for upholding Article 1 – and the UDHR in general – goes beyond the courts, police and government authorities. As the preamble to the Declaration says, the obligation to protect our human rights falls on all of us. Freshfields’ work with the Human Dignity Trust and its support of LGBT rights more generally is the perfect embodiment of that duty.

As with most other commercial organisations, Freshfields likes to operate alongside its competitors on a level playing field, so the firm prefers a market and a workforce that isn’t discriminated against. Violations of the LGBT community’s human rights are simply bad for business.

Jonathan Cooper, OBE is a human rights lawyer and former chief executive of the Human Dignity Trust, a charity that helps people challenge anti-LGBT laws across the globe and is supported by Freshfields.

Committed to being a responsible business