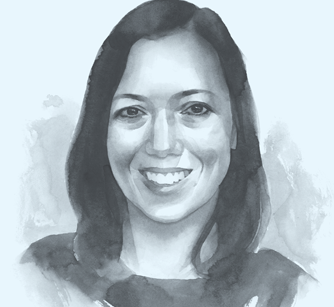 A generation of Syria’s children have lost all they know
and their rights to protection, education, and health have been affronted.

What Article 1 means to me Lauren Ellery

Children in Syria – born free and equal in dignity and rights to all others – have been caught up in conflict for over five years. Around 7.5 million Syrian children have been affected by war and more than 2.3 million children have had to flee the country.

Save the Children works across the region and in Europe to help Syrian children but I’m based in southern Turkey near the Syrian border as part of the Save the Children team that works with local partners to ensure children have access to health and education services in northern Syria.

In this context, Article 1 does not mean much for children living in Syria right now, where there is a clear disregard for the freedom, human dignity and human rights that the Article enshrines. Inside Syria, children are growing up in a reality where the rules of war and protection of international human rights law are absent. Parties to the conflict, in blatant disregard for international humanitarian law, are shelling civilian areas and using weapons such as barrel bombs for maximum impact, leaving more than a quarter of a million children living under siege, unable to escape their cities and towns and denied access to humanitarian aid. It is hard to see the spirit of brotherhood here that is described in Article 1.

Before the parties to the conflict agreed to a cessation of hostilities earlier this year, there had been a steady escalation in the scope and intensity of bombings targeting civilian areas. However, these attacks have not stopped in Syria during the cessation: there were at least 45 attacks on health facilities reported in the first quarter of 2016 – that works out to one every two days – despite the supposed ceasefire for part of this time. The vast majority of civilian casualties occur as the result of bombing civilian infrastructure – such as hospitals, schools and markets – often far from the frontline in areas with a high concentration of civilians. Two schoolchildren and a teacher we supported through education programming in Aleppo were killed by airstrikes in April as they walked to school.

‘Children inside Syria do not have free access to humanitarian assistance, and many live under siege.’

Children inside Syria do not have free access to humanitarian assistance and many live under siege. Inhabitants in the besieged area of Daraya describe children so malnourished that they are too exhausted to learn or even stand up, which made it unacceptable that the trucks into Daraya in early June taking the first official aid delivery since 2012 were prevented from taking any food, and when food aid finally arrived on 10 June, 30 barrel bombs were dropped in the space of four hours on residents trying to collect the food.

What is obvious from these examples is the incredible impact on children’s lives when Article 1 is not respected and war is not waged in accordance with international humanitarian law. A generation of Syrian children have lost everything they know, and their rights – to protection, to education, to health – have all been affronted. Article 1 cannot be realised unless parties to the conflict start to respect international humanitarian law and immediately stop targeting civilians, schools and health facilities, and allow full, unfettered and sustained access to humanitarian aid.

Syria’s children must be protected and their rights must be respected. Until this happens, the essence of humanity – as so clearly contemplated by Article 1 – hangs in the balance.

Lauren Ellery is DFID Project Coordinator at Save the Children.

From poverty to entrepreneurship