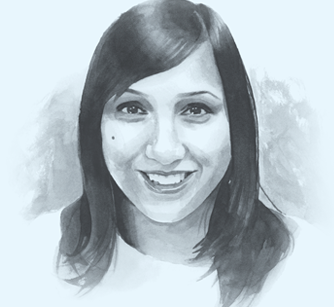 Freedom to live in equal dignity with equal rights is fantastical rhetoric for refugees in Hong Kong, who suffer
indignity, prejudice and inequality on a daily basis.

What Article 1 means to me Piya Muqit

When I read Article 1 and think of those who drafted it, at the forefront of their minds was seeking a solution to the atrocities in Europe during the Second World War.

Women and men with different legal and cultural backgrounds came together to draft a common set of standards amounting to fundamental human rights for all people of all nations to be universally protected.

At Justice Centre Hong Kong, women and men from different legal and cultural backgrounds work together using the same human rights-based approach as the drafters of the UN Declaration.

We try to ensure through meaningful access to justice that the refugees who find themselves in Hong Kong, the majority by chance and not by choice, are afforded the same protection as refugees in other legal jurisdictions who have ratified the Convention against Torture, the International Convention on Civil and Political Rights and the Convention on the Rights of the Child.

Hong Kong has over 14,000 refugees from over 50 countries who have fled from the same torture, persecution, sexual and gender-based violence as their brethren in Europe and face many of the trials and tribulations as all refugees displaced around the world. Hong Kong is not a signatory to the 1951 Refugee Convention and as a result refugees are confronted with the barriers that come without the protections and rights that legal instrument enshrines.

Forced to live on a daily HK$40 (£3.50) food voucher only to be spent on certain foods, not on basic necessities like soap and other hygiene products, refugees are expected to live in one of the most expensive and richest cities in the world with no cash, without the right to work, right to volunteer and the right to study beyond the age of 18. Freedom to live in equal dignity with equal rights is fantastical rhetoric for refugees in Hong Kong, some who have been here for over a decade awaiting a decision on their case and who suffer indignity, prejudice and inequality on a daily basis.

‘Hong Kong is not a signatory to the 1951 Refugee Convention and as a result refugees are confronted with the barriers that come without the protections and rights that legal instrument enshrines.’

The spirit of brotherhood towards the local refugee population is sometimes lacking in Hong Kong society but the legal community here, Freshfields playing a key role, is trying to remedy this through working with Justice Centre Hong Kong’s lawyers, researchers and policy and advocacy advisors to ensure that refugees at least are afforded their right to equality and dignity before the refugee status determination process within the Unified Screening Mechanism.

My sincere hope is that soon there is a renaissance of reason, conscience and brotherhood with Hong Kong remembering its shared past with the refugees today who find themselves in the same shoes of those who fled their homes 60 years ago to seek safety, sanctuary and survival and build Hong Kong to what it is today. What sums up Article 1 for me is best put by one of our refugee clients: ‘I studied law in my home country. When I was young I wanted to be someone who fought for justice because there was injustice in my country. Justice for me means everyone has equal rights to everything, so there is no one who is below or beyond their rights.’

Piya Muqit has been working in the field of human rights, child rights, human trafficking and refugee rights for the past 16 years as a legal aid lawyer and policy expert.